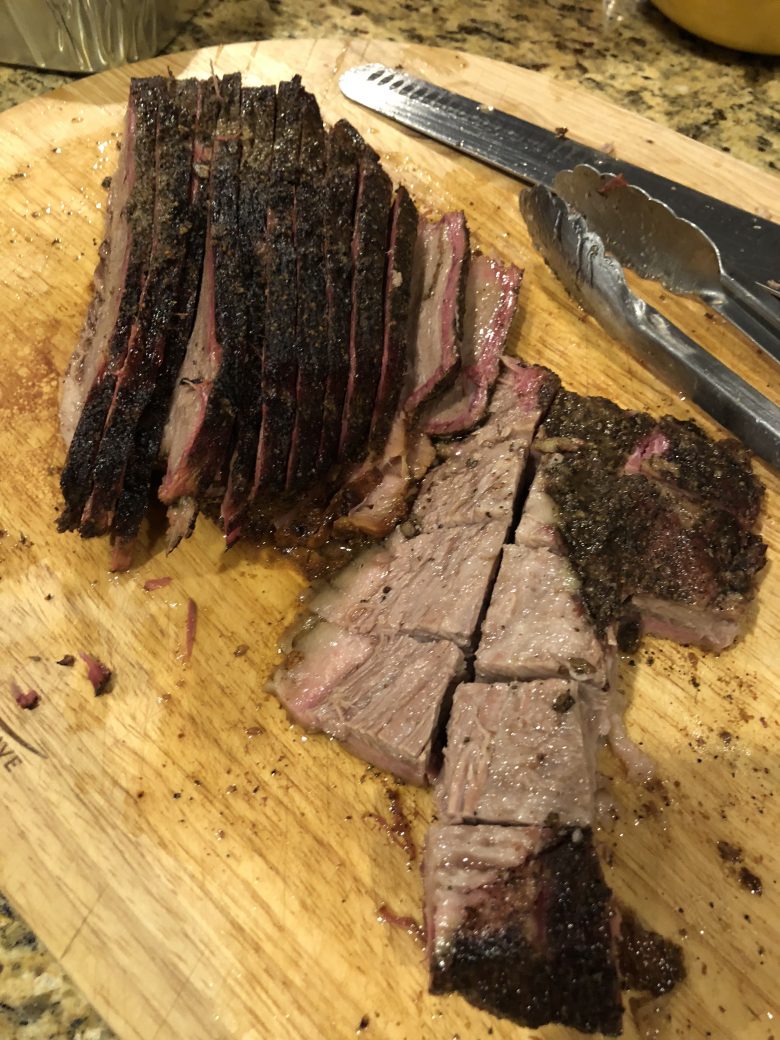 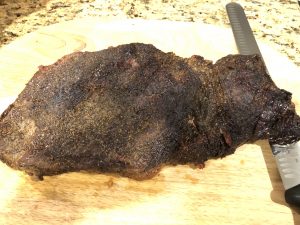 If you have cooked a brisket, you know that it is a looonnnggg process! Depending on it’s weight after you clean it, a brisket can take you between 12 and 14 hours to reach the desired internal temperature (200 F).  I’m always looking for a way to speed up the process and be able to enjoy my brisket sooner.  So, this time I tried the “hot & fast” technique.  That means cooking your brisket at 350F for about 6 hours.

Another variation I tried was the injection.  My go to Brisket and Primer Rib injection is made with Sweet Smoke Q Juice (Beef), apple juice, and apricot nectar.  But this time I grounded the seasoning (to a dust) and mixed it with apple juice and beef stock.  Even though this seasoning includes a little bit of coffee, the taste was fantastic! 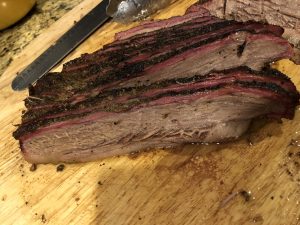 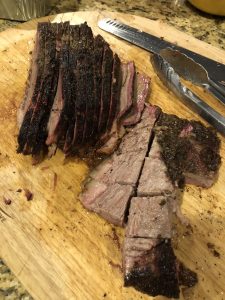 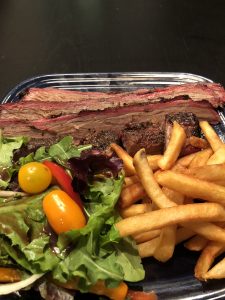 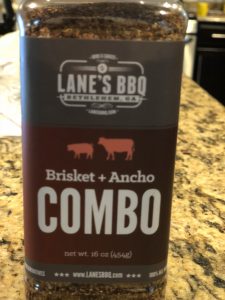